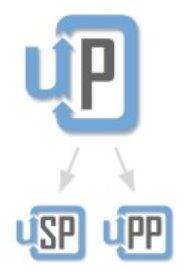 There are Service Providers and Product Providers either of which may be owned by the house or privately owned while under contract with the house. Either way, they’re both under direction by the popular will of users. And as with Registrars, either form of Private Providers present yet another major opportunity for people to succeed with Unified Numbering.

Users will actually want to give the funds required for establishing or obtaining many Providerships because it will benefit them immensely. Think of everyone investing $1, $5, $10 or $20 bucks each to go towards building or buying businesses that will operate strictly to benefit themselves as users of the network. It could be for a new financial institution, credit bureau, global identification system, spam proof email provider, an ad free social network, …..oh wait, those are what initial contributions are being used for right now!

The point is that whatever anyone contributes to Unified Numbering is used to build member owned businesses that exist solely for their benefit and that of the network itself (which of course is purely for their benefit as well). Community owned businesses are the ultimate mix of capitalism and networking. It’s also another example of strength in numbers but there has never been anything with this potential nor aptitude.

The model being used is essentially that of scores of COOPs, utility companies and other community driven businesses in operation around the world. We’ve just never had a place to get organized or team up on this kind of scale. In the end, pretty much any product or service being poorly managed or excessively monetized by existing corporations is up for grabs to be taken over, bought or rebuilt by users for the network.

There’s absolutely no reason that Unified Numbering couldn’t be the wealthiest, most powerful, user owned and controlled entity in the history of the world. That’s the goal.