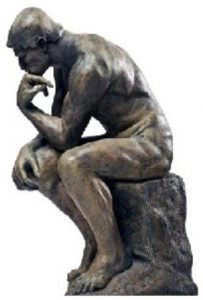 Who wouldn’t like to change the world? It’s brimmed with atrocities of war, savagery, oppression and greed for millennia. But now we have some newer, more serious concerns. Human populations have absolutely exploded sextupling to 7 billion in just a little over a century. And when we combine 7 times the people with development that’s been intentionally created to make large swaths peoples dependent upon money and consumerism we get 7 times the impact to this amazing planet. The problem is that’s exactly what the global elite desire.

They are the reason our problems are growing instead of getting better. We’re in trouble. While the majority of humans who would actually like to do something about it, we’re left with zero ability to act. It’s a bad script. How might this turn out? Well, it’s not looking good right now. But maybe there’s a way to curb the problem or begin anew. A gift, one last chance……

When things go awry the ability to start over is a beautiful thing, an occurrence of extraordinarily rare opportunity. We now have such an instance, this is it. Unified Numbering is the right vehicle for everyday people to actually do something to change the course of humanity. It’s time.

Building that vehicle is the first step and once it’s on the road, by the Grace of God we can succeed. This unifying effort offers simple yet powerful means for people to connect and act globally on things that really matter. It’s big stuff for sure, but we’ve accomplished many amazing things for far lessor rewards. And just remember this; Without hope, there is none.

Unified Numbering stands for a monolithic redo of staggering possibility. Getting ones head fully around the project can be an interesting challenge. But at the very least, the most important thing to understand is that it’s quite plausible this could be our first and last chance to fix some really big things.

That means there’s very little room for small thinking, pessimism or nay saying. But then there never has been, nor will there ever be which is why people drawn to the Unified Numbering Project are special. Like all great explorers and leaders, it’s passion, creativity, positivity and conviction that consistently wins the fights and moves entire societies ahead.

This is your chance to help turn the tides for the future of humanity and the world by becoming an optimistic, free thinking pioneer who believes mankind can do much better. The history books are filled with scores of groups before us who have propelled mankind forward. Now it’s our turn and because this is of Gods’ doing, we are unstoppable.