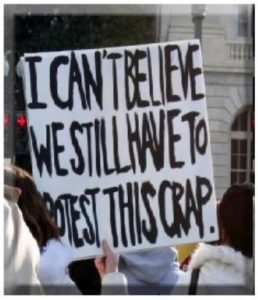 The ability to overcome complex problems defines human beings, it’s what people do best and is especially true when we work together. Large groups of people have consistently been able to accomplish amazing things and it’s important to realize that we still can!

The Unified Numbering Project is here to organize such a gathering. The ideas are fresh, potential is massive and neither big bro nor big biz are on the guest list. As a matter of fact, they’re on another kind of list. And that’s where they’ll stay until we can all get together to sort things out and clean up their messes.

It all begins with the frightening realization that we as individuals have little to no say over the future of the world nor some of the most important facets of our lives. This is common and expected from dictatorships but not in democratic countries. It’s because we’re under heavy assault by our beloved corporate giants and their political crones who are working to disband and weaken people as a race of dumbed down citizens and consumers. Thankfully we can fix things and it’s going to be a major event unlike anything prior.

The first BHAG (big hairy audacious goal) is to use Unified Numbering to assemble the largest and most powerful network of individuals on the planet. The level of influence such a group can have goes well beyond that of any governments, corporations or other organizations. And therein lies the purpose.

It’s time for the “revolution of all revolutions”, a modern day, first of it’s kind. One without governmental, military or police assistance yet more powerful than any prior. We the people of the world can and must take control of our destiny on this planet as we are its only stewards imbued with that responsibility by Almighty God Himself. There is no one else to call or depend on but Him and ourselves, ie; you.

The good news is it’s doable. And how we’re going about making it happen is interesting, liberating and fun. There’s even a long list of job opportunities for millions to find success and freedom while doing something incredibly good for the world. It’s time.