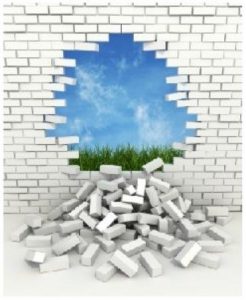 It’s long been said that the best way to deal with problems is head on and when we don’t deal with them, they tend to get stronger. Most of mankinds biggest problems have been creeping around for millennia becoming deeply ingrained into the human experience as tradition and lore.

People get so used to having them around they can eventually forget to question whether they ever mattered to begin with. And with each repeated exposure everyone becomes more conditioned into increasingly debilitating states of complacency. Then we tend to “pass them along” creating a never ending cycle of self destruction. These are “Unthinkable Problems.”

There’s millions of them, quietly eroding at every ones quality of life, the world we live in and everything we share it with. The costs are enormous and they’re almost always there because someone’s either chasing a dirty buck, desirous of power or operating under antiquated beliefs, misinformation and/or lack of knowledge.

And therein lies one of the greatest purposes of uniting with each other. When people get together they begin to talk. They share their feelings, ideas and knowledge which is exactly what’s missing from the world. In fact allowing ourselves to remain misinformed, numbed and divided from one and other is in great part the reason we have so many of the problems we do.

To complicate things enter the fact that modern problems are of gigantic significance, well beyond comparison of any prior. This is due to everything being increasingly interwoven on a worldwide scale thereby threatening the future of everyone and everything on earth. It’s the longest string of dominoes man has ever set up and unless we do something soon, the whole thing would begin toppling. There’s no shortage of places it could start.

It’s important to understand that unthinkable problems are completely unlike natural threats to humanity due to things like glaciation, super volcanoes, sunspots and plagues. While we may not be able to avert those, we can most certainly attempt to stave off those numbering in the hundreds of mans creation. If not, what an utterly stupid decision and horribly asinine but appropriate way to go.

So there’s the choice, to think or not to think, about unthinkable problems. If you’d like to start now……..