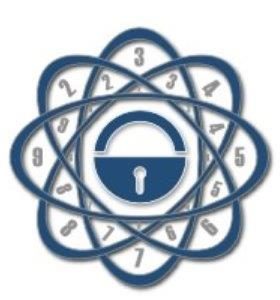 The Registry has several functions, one of particular import. Its secure servers are where full names, addresses, phone #s and everything beyond a users public information is safeguarded. Due to its existence only the first name, approximate birth year, PUN and/or Numbername of users is known to the world.

This negates the need for Private Providers and others to have the personal information of users while allowing for safe and simple, one click purchases everywhere within the network. And since only one payment gateway is needed for everything anyone can purchase in their lives, keeping track of all billing related info will be simple for everyone.

Having a single registry is also one of the first steps in making allowances to organize the issuance of trillions of United IDs in the future. Such numbers equate to staggering amounts of data to manage which presents a technological challenge along with an exciting opportunity.

Users will get to choose exactly how their data will be used and possibly of more importance, how it won’t. Many unique and robust privacy constraints are already provided but as things grow, a lot of fine tuning will be needed which will be of great importance to users and it’s all to be done under their sole direction.

Your personal information is very valuable to governments and many corporations so it’s commonly turned into cash by those with whom it’s entrusted. In contrast, such user data is truly sacred with Unified Numbering. Worries surrounding loss of control over ones personal information will be a thing of the past within the Unified Numbering Network.

Everyone will always have ultimate control over their personal information, forever. Having such values in mind while creating this network is of paramount importance to its users. If you’ve browsed the “Capitalism 2.0″ page you’ll understand some of the capitalization related problems common to entrepreneurs when starting new companies but there’s others to be considered in similar terms.

Many decisions made early on by any new company have broad and long lasting effects on it and more notably, its users. The Unified Numbering Project is fortunate to have originators and supporters who were able to finance the project to the critical juncture of phase II. Due to their contributions and sweat equity, the company has been created without monies from 3rd parties and can now go forward without their impedance.

This means no one outside of the Project has control over its operations and that’s really good news for everyone. Also, given the size and potential of the Project most would consider the amount of money spent in getting things going to be extremely modest.

The overall cost to the Projects originators for getting through the first phase of Sunrise only tallied around a million bucks but it was their entire life savings. It’s because of this “all in” and “go for broke” attitude that Unified Numbering has a serious leg up in terms of its ability to move forward unhindered by the pitfalls of traditional business financing. The value of this goes beyond that of control and will become more and more apparent to users, providers and the gamut of others who will be associated with the Project as time goes on.

When it’s all said and done, only those who are part of the network will have control over this wonderful democratic community and all the business operations behind it. So, this is just another example of what makes the Unified Numbering Projects’ story different.

And what makes it interesting is that its creators have no desire for becoming millionaires or billionaires with “exit strategies” or “going public” which are 2 popular methods common to all entrepreneurs looking to sell off to enrich themselves and/or their stockholders.

And there’s a few mechanisms the Projects creators put in place to see to it that these important ideals never change. They come in the form of some important legalese designed to protect the Project, its affiliates and users forever.

If you’re someone who has professional services or other assets to offer the Project you might be interested in seeing how the “Preferred Capital Fund Agreement” allows for repayment without sacrificing the Projects’ potential to succeed nor selling out the future of its users. It’s how the Unified Numbering Project has been funded to date by its’ founders. It works via direct loans of money, goods or services from supporters instead of banks or by selling stocks to investors.

Creative concepts such as the Preferred Capital Fund along with everything else herein go some distance in encapsulating what Unified Numbering is all about. This is the stuff of dreams for hopefully billions of people who will inevitably enjoy the value of safe harbor created by Unified Numbering and the many unique opportunities the project has to offer everyone.