Congratulations! You are among a very special few with a private invitation to participate in launching an extremely exciting new business. One based on “Unified Numbering”, a revolutionary system with nearly all encompassing and world changing uses both on and off line.

You’re about to learn this is a truly massive and exciting undertaking with far reaching potential unlike anything most would imagine. It’s also a self funded start up so there’s no banks or investors. Just 2 people have funded this venture to get it to this point and now more is being raised to take it to the next phase. We need to raise billions in capital for this job.

This ever so important venture is being started by the people for the people without money grubbing banks, venture capitalists or so called angel investors all of whom would ultimately want control and as much of your money as possible. There’s also zero ulterior motivations nor political or corporate ties whatsoever. This is the real deal, it’s for you.

You may already know that the individual who referred you here has pre-funded your account for you to apply towards securing a premium identity called a “Numbername” within the network. They did so believing you’re a good candidate to be one of just 5,000 special people, who along with what will be some very popular Public Figures are literally the founding lifeblood of this first and only of its kind project.

Phase II of sunrise is being conducted with minimal resources from a single dedicated server with two main purposes; 1 to find out which of our Public Figures will be supporting us and the project and 2; to raise enough capital to take us into phase III. This means a we’re only looking for a relatively small number of users and Public Figures who can see the value of showing their support and getting a listing in the directory.

For everyday people the current minimum online is $25 or $5 in person while for Public Figures the min is $1,000 which is also the max via credit card or up to two million dollars US via wire or cashiers check. (Public Figures are elected officials, royalty, officers of large corporations, legal workers and management level or higher religious, police, military and misc government workers). People will be able to come in for free in Phase III when we have the technological resources (servers/bandwidth).

These stages are referred to as “Phases of Sunrise” which you can learn all about at the Unified Numbering Foundations’ web site. Regardless of what you contribute we think you’ll find this is a worthwhile and fulfilling thing to be part of. It’s truly different and could forever change the world and direction of humanity. God knows something needs to!

In any event, any and all contributions made by 5Kers will have the most significant impact during this brief and critically important stage of Unified Numberings’ existence, the Second Phase of Sunrise. Those 5,000 special and caring souls who choose to support this effort will receive credits they can use to “Pay it Forward”. (FYI; This has been a long and somewhat lonely process till now so that’s honestly how we feel) And if this thing gets legs these 5Kers are going to be heroes to everyone!

So, what you’re essentially doing is sponsoring or referring others in the same fashion the person who likely invited you has. This unique process of bringing users into the network unites people while funding the project. And we think you’ll agree that getting your United ID is both interesting and fun. Especially for 5Kers!

This is because Unidigi is matching all contributions made by 5Kers with Quadruple Credits which can be given or sold (“transferred”) to anyone of their choosing. So, not only is there a chance to change the world by establishing this exciting new network, there’s a significant income opportunity here for many as well. And the more you contribute the more credits you’ll have to transfer to others who want to join.

5Kers will receive Free Verification for Higher Authority in the network. You’ll start as Level 4 Users who have the right to vote on many important subjects thereby having your opinions heard in directing where this project goes from here. 5Kers also gain special privileges including private password protected access to the “Unified Numbering Foundations’” web site. The UNF is where everyone can learn how Unified Numbering users are going to change the world.

We know many people simply can’t afford much of anything extra these days but hope the majority of newcomers in these early stages, especially 5Kers during Phase II are well enough off to contribute freely thereby making a larger impact. You’ll also get some nifty bonus in the form of a gift pak with a ridiculously stylish commemorative 5Ker T-Shirt and starter stack of personal referral cards.

And you’ll soon learn that not only do referrals grow the network they can be quite profitable for those who so desire. Also, T-Shirts and cards go out absolutely free of charge including shipping. That said, by doing some quick math you’ll likely realize there’s not much left over to fund the project after paying for these freebies if everyone only contributes the minumum of $25. Please contribute as much as you can afford or justify.

The UNF is where most of the details about the Unified Numbering Project exist. It’s the central point where everyone (Only 5Kers for now) can learn how everyday people are going to have a shot at changing the world. There’s also info related to the cornucopia of incredible ground floor opportunities for anyone who wants to succeed while making a difference. We sincerely hope you like what you find at the UNF and wish the very best for all of you and our world.

To all truth seekers, pioneers, revolutionaries, patriots and lovers of good, THANK YOU for being part of our world!!! 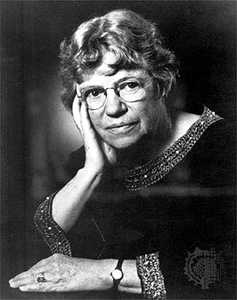 Never doubt that a small group of thoughtful, committed citizens can change the world. Indeed it is the only thing that ever has. ~Margaret Mead, 1901 -1978