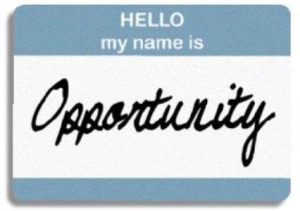 Unified Numbering is being built by everyday people who are tired of seeing big bro run amuck under the influence of big biz. This recent era has been one of reckless abandon and greed unlike any in modern history.

Such widespread corruption weighs heavily upon the spirits of everyone but it also presents an awesome opportunity. The sentiment of dissatisfaction is massive.

People don’t like being governed by slanted rules, bombarded by advertisements, bought and sold like products and being constantly manipulated with outright lies and complex schemes on a daily basis. And as with everything, there’s a tipping point. It’s time.

Modern civilization has been under virtual assault from the powers that be for a good long time. Wouldn’t it be great if there were a way to bring in the reigns while creating positive opportunities for success in the larger sense, all in the name of good? The only way to do this is to see to it that governments and corporations are controlled by the people as they should be.

So, the first item on the to do list is to build a solid footing in the form of a user base. Lots of users means a strong community with a loud, influential voice and greater resources to get things done. It’s like assembling a highly connected, well funded army to fight the good fight on important issues that matter to everyone. But how to get the word out?

When considerations were being made about how to introduce Unified Numbering the subject of advertising (and a sincere distaste for it) kept reoccurring. The normal methods of buying flashing ads on other web sites or expensive, nationwide campaigns on television, in print or radio simply don’t fit the bill nor the nature of this project.

As you read through this site you’ll find that Unified Numbering is sort of anti-advertising. It’s not to say that we don’t appreciate certain vehicles and mediums or that you’ll never see a Unified Numbering ad. But if you do, it will either be;

• On mediums owned by the Unified Numbering network under direction by its users;
• On an affiliates medium in barter or for very little money;
• After phase III per popular consensus;
• By 3rd party Providers and Registrars who are pretty much expected to advertise to expand the user base which equates to a stronger network for everyone.

Rather than doling out millions in precious start up capital (or any capital at all really) to huge media networks, it makes far more sense to use that same money to create income opportunities for everyday people.

This redirection of funds to individuals goes a long way in promoting Unified Numbering during new roll outs in each region of the globe. Jobs entail informing and assigning United IDs to hundreds of millions of everyday people around the world. The people that do this work for and help everyone, including themselves and society by doing so.

The thing to remember is that all people with noses need United IDs which means someone has to provide them. That someone could be YOU, a family member, friend, associate, classmate or anyone interested in furthering the cause. It will be a fun and exciting experience and there’s plenty of potential for significant success if so desired.

Assisting others with registration of their United IDs can be a rewarding, full time profession or a wonderful part time job. Many will come aboard just to help out. But others will be in it to get some extra NumberBucks for shorter Numbernames or for future services but there’s also some very exciting income opportunities that exist.

Regardless of motivation, this is a great opportunity to do something good while prospering at the same time, a rare combination. Also worthy of mention, everyone has free reign over their activities. The basic requirements are being honest, friendly and open minded enough to talk to anyone and everyone about the Unified Numbering Project.

There’s no hours to keep and no boss looking over anyones shoulders so we can operate anytime, from anywhere in the world. Anyone who helps in this effort is providing a very important service, they are in an absolutely real sense, ambassadors to everyone.

The system is simple. When a user refers another, they receive valuable credits in the form of NumberBucks. These network credits can be transferred to others for new registrations of Numbernames as well as many future services. They’re valuable which means #Bucks can be turned into cash or bartered for other value. It’s like a new economy for users.

#Bucks can be given, traded or sold to friends, family members or anyone at any time. They can also be used for signing others up so there’s several ways to monetize #Bucks. And unlike other “jobs” with Unified Numbering, there’s virtually no limit on how much one can make. (salaried or waged officers/employees have strict pay limits, more on this later)

Providing United IDs presents a fantastic opportunity for immediate income and opportunities resulting in what can be exciting and rewarding life long careers. This is an honest, straightforward and relatively simple way to earn money.

There’s no inventory to purchase and no monetary benefit to be gained from convincing others to sell anything. No one’s at the top of any down line and people have nothing to lose by owning their Numbernames. Assisting people with getting their Numbernames is an awesome job for those who like helping others, themselves and the world.

And there’s a huge opportunity for those who excel. Each time anyone refers or signs someone up the total amounts are recorded as a running balance in their accounts on line. Upon instrumenting certain amounts of contributions to the project these people automatically advance their abilities and opportunities.

This is described more in a series of levels described later on the “Identification Levels” page. The crowning achievements will be for those who become eligible to be the world’s first private Unified Numbering Registrars and/or Private Providers.

There are 1,000s of “Providerships” beginning in phase IV of Sunrise but “Registrarships” are available right now. However, there will only be one Registrar for approximately every 20 million people in any geographic area so it’s a rare opportunity. But since anyone can become a Registrar, the playing field is open and fair to all.

Each Registrar can operate for 2 years or until they make $2 million in gross profits (the earnings cap for any Registrar) whichever comes first. At that time, each turns over or sells their Registrarship to the next potential Registrar in line. So, becoming a Registrar is a once in a lifetime opportunity that will catapult thousands of people into financial freedom.

And being a Registrar is especially attractive now, for the first in line since they’ll get started for free. Then future Registrars will pay these predecessors for the Registarships. So, the first generation Registrars will be the only ones able to come aboard for free while still being able to sell their Registrarships when they’ve reached their goal or the two years is up.

And when each has finished their tours, their Registrarship will be valuable. Up to $1.5m or more depending on their performance. Not a bad bonus at the end of the day! And since the sale of Registrarships doesn’t effect the network or it’s users whatsoever, it’s another win, win for all.

That said, no discussion regarding income would be complete without bringing up one of the most inflaming issues in the world today. That being ridiculously over the top salaries, wages and bonuses for CEOs. Conversly, no person or group will ever obtain such kings ransoms for their parts in Unified Numbering, whatever those parts may be.

It’s not to say that people won’t make a lot of money, whereas thousands if not tens of thousands of millionaires are hoped to be produced in the Sunrise period of Unified Numbering alone. However, there are limits in place like the one mentioned for Registrars to see to it that these opportunities revolve and get passed on.

When one person achieves a certain level of success, the next in line takes their place, and so it will go, on and on. We believe this will prove to be an extremely popular methodology that could create more personal successes than ever before. And if so, it will denote a sea change, people of the world will have begun in changing the world.

That might sound over the top but this is a very far reaching enterprise with tens of thousands of potential uses, there’s simply never been anything like it. And if indeed this turns out to be a fact, it will mean that rather than having a handful of people make tens if not hundreds of billions each, the earnings will be spread out, effecting everyone. This is why and how, so many individuals can succeed with Unified Numbering.

Consider what just one billion dollars could mean for 1,000 people instead of one, it means 1,000 millionaires! But since the Unified Numbering Project is sort of a public service, how much money is too much for a person to make while working for it? This is a tough question. Afterall, even some non-profits have million dollar per year salaried positions.

But that’s crazy land which is why Unified Numbering is starting out with some of its own rules on compensation. We don’t have to look to others outside the project to figure out what’s right or wrong. And later we can simply look to each other to determine what’s popular or necessary at any given time via the court of popular opinion with Numbervote.

In comparison to other businesses in today’s world these ideals speak volumes about the sincerity and conviction behind the Project and it’s earliest affiliates, each of which will be under contract to perform in like manner under the direction of users.

Voting is a key ingredient for everyone’s success and the long term happiness of each and every user that Unified Numbering will ever serve. Greed or political corruption cannot be tolerated anywhere in the Project.

If this all sounds too good to be true, it’s only because you’ve been programmed to believe such things cannot occur. Nonetheless, it’s happening right now. We’re starting over and it’s a fantastic opportunity for citizens of the world to get things going in the right directions.

Those efforts are rewardable in many fashions. Hence, your opportunity to play a part in mankinds resurrection. It’s a new day and you’re being formally invited to shape it.

No Bait, No Switch
Sunrise